Chrysa’s family fled the Turkish military invasion of Cyprus in 1974. She still remembers it clearly. “My uncle Jack, who was living in Chicago, sponsored our immigration process. After three long years of living in limbo between refugee camps, empty storefronts, and abandoned apartments, our application was approved in 1977.” 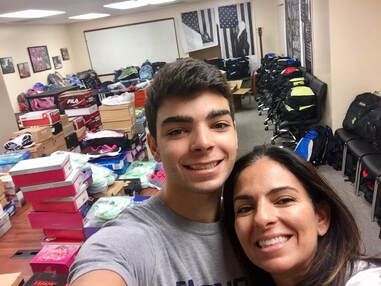 This is the story of Chrysa Xioufaridou Moster, the co-founder of the ZAFEE scholarship and a RefugeeOne volunteer. Chrysa knows first-hand what it feels like to be forced to leave one’s home, to experience trauma and insecurity and overcome the challenges of a new language, culture, and way of life.
​
“My uncle, along with the Greek American community in Chicago, served as our resettlement and support network,” said Chrysa. “The strength of that community left an impression on me and guided me throughout my life to seek and be a part of collective efforts to make a greater impact where needed.”

​Staying true to these words, Chrysa joined the RefugeeOne community 6 years ago as a volunteer mentor. She aided a Syrian family in establishing themselves in Chicago and assisting in the children’s education up to college. “It is our greatest joy to celebrate their successes and milestones,” says Chrysa about the family she mentored. Recently, Chrysa and her family felt called to do more. They established the ZAFEE scholarship to help newly arrived refugees in Chicago go to a college or vocational school. The scholarship is renewable for up to 4 years, or $20,000 total. 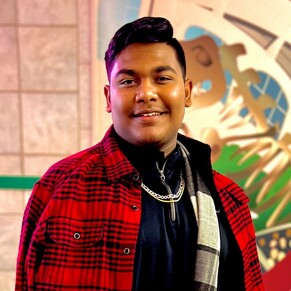 Meet Ridwan, an 18-year-old Rohingyan refugee and the first recipient of the ZAFEE scholarship. Born to a Rohingya Burmese family, RefugeeOne welcomed him and his family to Chicago in 2016. This August, he set out on a pre-med track at Loyola University. His dream? To become a doctor so he can give back to his community and the country that welcomed his family. Being the first in his family to go to college worries Ridwan. Despite living at home to keep expenses low, the stress of paying for college is ever-present.

“All that stress holding me down. But I can do this. Other people can do it; why can’t I?” says Ridwan. With hard work and guidance from RefugeeOne staff, Ridwan earned the ZAFEE scholarship, as well as financial aid through Loyola, and a Pell grant.

Though they have never met, Chrysa and Ridwan share incredible ties: Both are first generation college graduates, and both deeply love their communities. Yet most distinctly has been their sense of gratitude and willingness to help others who have faced the hardship of being refugees. Speaking from the heart to all RefugeeOne supporters, Ridwan said, “Thank you so much; there’s no way that we could do all this without you guys. We feel like this is our home. This is our country now, and we are going to be a strong family.”
Your generosity means refugees are not left to face challenges alone. Through English classes, employment coaching, legal guidance, mental health care, volunteer mentors, and so much more, newcomers are given the opportunity to start again.