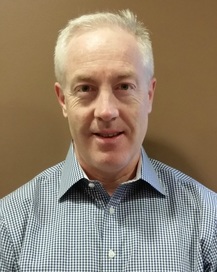 ​​Robert Dunn serves as Chief Risk Officer and Investment Committee member for MCP Alternative Asset Partners, a global asset management firm specializing in hedge fund investments. He has been with MCP since 2005 and previously held senior investment positions with several financial firms in the Chicago area.

He became interested in refugee issues after following media reports highlighting the plight of refugees in 2014 and 2015. Robert and his wife Kelley got involved with RefugeeOne when they co-sponsored the resettlement of a family from Myanmar and witnessed the impact the process had on the family. He joined RefugeeOne’s Board of Directors in November 2016.

Robert and his wife Kelley live in Clarendon Hills. They have three adult children.
Back to Top Nathan holds a BA in Philosophy from Queen’s University, with Distinction. He received his MBA with honors from the University of Chicago’s Graduate School of Business.

Nathan became aware of RefugeeOne through Kenilworth Union Church. His first hands-on experience came in 2015, when his family partnered with other church members to co-sponsor 6 refugees from South Sudan. Helping them settle into the U.S. was a fantastic experience for his entire family and they especially cherished the bond they formed with the children. In 2016, Wind Point Partners formed a Mentor Team for a Congolese family. The experience has been a great team- and culture-building opportunity for employees.

Nathan and his wife, Barbara, have been living in the Chicago area for 20 years. They currently reside in Winnetka with their three children.
Back to Top 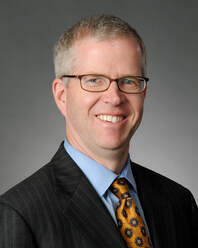 Thomas R. Mitchell serves as a Senior Vice President and Manager of Global Fiduciary Risk for the Northern Trust Company. He has been with The Northern Trust since 1986 and his entire career has been on the Wealth Management side of the company.

Tom graduated from Northwestern University in 1986 with a Bachelor of Arts degree in Political Science.
​
Tom and his family became aware of RefugeeOne through The First Congregational Church of Western Springs. Over the past few years, they have had the privilege to meet some of the wonderful families that RefugeeOne serves.
Tom and his wife, Stacia Kopplin, reside in Western Springs. They have three children.
Back to Top 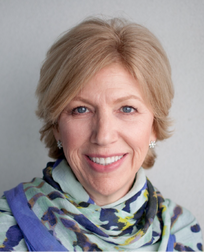 ​Felice Weinberg Nelson is the president of Weinberg Hosiery Co., a family-owned company on the near South Side of Chicago founded by her father. Felice has been an integral part of her family’s business since 1986, and believes in giving back to the community that has fostered it for 69 years.

A first generation American, Felice knows firsthand the resilience and resourcefulness brought to the U.S. by its diverse refugee and immigrant communities. Working with RefugeeOne was a natural fit as she sought to support the needs of Chicago’s refugee population. Felice has previously volunteered with JUF, the Illinois Holocaust Museum and Education Center, GirlForward, Skokie School District 28 ELL Center, Youth for Understanding, and Northbrook School District 28.

Felice and her husband Richard have 4 grown children and live in Chicago.
Back to Top

​Allan Allweiss is a Senior Managing Director with LBC Credit Partners, a leading provider of middle market financing solutions. He has more than 25 years’ experience in various senior management positions in the banking and credit industry.

Allan got involved in RefugeeOne beginning in 2014 owing to his growing concern for the safety, health and well-being of refugees. Allan joined RefugeeOne’s Board of Directors in November 2015. He and his wife Emily live in Northbrook and have two grown children.
Back to Top

​Laura Coplan has volunteered for RefugeeOne since 2011, both as a Women’s Mentor and in the office.  She found working with refugees rewarding and fulfilling, and became interested in improving the lives of refugees by serving on the Board of Directors.

Laura worked as a consultant in health care management for Ernst & Young and for Children’s Memorial Medical Center before staying at home to raise her family.  She has been involved in volunteering at numerous not-for-profit organizations including Chicago Botanic Garden, Am Shalom Congregation, and Junior Kindergarten.
​
Laura received a BBA from The University of Iowa and a MBA from Kellogg School of Management at Northwestern University.  She enjoys gardening, yoga, and travel.  She and her husband reside in the northern suburbs and have three adult children.
Back to Top

​Oi Eng-Crandus is the Chief Finance and Operations Officer at Chicago Lawyers’ Committee for Civil Rights, a nonprofit working to secure racial equity and economic opportunity for all. Prior to that, she served as Vice President of Customer Development at Essendant and held positions in strategy, finance and business development at Sears and BP Amoco.

Having immigrated to the States from Hong Kong as a child, Oi understands the struggles immigrants face. Oi joined the RefugeeOne board in 2016 and has helped co-sponsor refugee families from Syria and Congo as a member of Chicago Sinai Congregation. In addition, she has volunteered at a variety of other nonprofit organizations, including serving on boards and providing pro bono consulting.
​
Oi earned her M.B.A. from the University of Chicago Booth School of Business and her Bachelor of Science in Finance from the University of Illinois at Urbana-Champaign. She lives in Chicago with her husband and two sons.
Back to Top 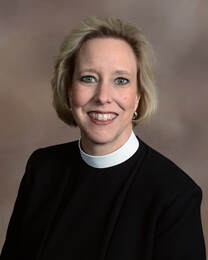 Julie Grafe is completing her Master of Divinity degree from the Lutheran School of Theology at Chicago. She currently serves as the pastoral intern at Lutheran Church of the Ascension in Northfield, Illinois. A registered nurse, Julie earned a B.S.N. from Capital University in Columbus, Ohio. She spent many years in home health nursing before entering seminary.

Julie was introduced to RefugeeOne and refugee resettlement in 2009 by the pastor of her home congregation. Recognizing the call to love our neighbors, she jumped at the invitation to be involved, coordinating co-sponsorship efforts for refugee families and stewarding donation drive collections. ​

Julie and her husband live in Deerfield, Illinois. Their two children attend Augustana College in Rock Island, Illinois.
Back to Top

Jay received a B.A. in economics from State University of New York in Buffalo and an M.B.A. from Northwestern University Kellogg Graduate School of Management.
Back to Top 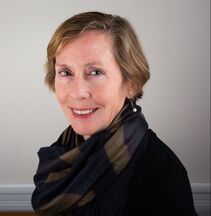 Catherine Guthrie is the former President of Leo Burnett Worldwide, an advertising agency, where she spent 34 years managing large global clients. Her time working and living overseas, often traveling to third world countries, has given Catherine first hand experience with the plight of refugees. She has been tutoring English at RefugeeOne since 2016.

Catherine currently serves on the Board of Directors for NorthShore University Health Systems. She received a B.A. in communications and B.S. in Journalism from the University of Colorado.

Catherine and her husband Warren live in Winnetka and have three sons.
Back to Top

Elias Kasongo was a student in the Congo when he had to flee for his life at the age of 22. After four years moving between refugee camps, he was resettled by RefugeeOne and the Congregational Church of Park Manor in 1994.

Although his journey was challenging, Elias has accomplished much in the U.S. Less than two months after his arrival, RefugeeOne helped him get a job on the cleaning crew at the Eli's Cheesecake Company. Now, 20 years later, he is the Purchasing and Materials Manager at Eli’s, responsible for purchasing many millions of dollars each year.

While working fulltime, Elias earned his Bachelor of Science degree in Business and Management at Northeastern Illinois University. He, his wife, and their three children recently bought a home in River Grove.
Back to Top 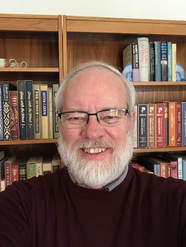 ​Rev. Douglas Meyer recently retired after 40 years as an ordained minister of the Evangelical Lutheran Church in America. For the last 25 years he served as Co-Pastor with his wife of Lutheran Church of the Holy Spirit in Lincolnshire, Illinois, a congregation which actively co-sponsored the resettlement of three refugee families.

Pastor Doug earned his Bachelor degree from Augustana College in Rock Island and his Divinity degree from Luther Theological Seminary in St. Paul, Minnesota. He previously served parishes on Chicago’s southside and in the southwest suburbs. Over the years he has served in a variety of community and synodical capacities including as Dean of the North Conference of the Metro Chicago Synod and Chair of the Synodical Outreach Committee. He previously served on the RefugeeOne board from 2010-2016 including years as board secretary and president.
​
Pastor Doug is married to the Rev. Christine Meyer and lives in Galena, Illinois. They have three grown sons.
Back to Top

​Maureen has had a distinguished career in finance. She retired in 2014 from Baxter Credit Union where she served as Director of Loyalty and Process Transformation. Previous to that she held various positions at Baxter Healthcare and Northern Trust.

Her interest in refugee resettlement began when she heard an interview on NPR with Ayaan Hirsi Ali and her moving story of survival.  Maureen began volunteering with RefugeeOne in 2008 and helped her church resettle a family from Bhutan. She joined the Board of Directors in 2012, serving a term as Board President, and co-chairing the annual gala for several years.

Maureen holds a bachelor’s degree in Finance from DePaul University. She served on the Finance Advisory Board in the Driehaus College of Business at DePaul University from 2014 to 2016. She resides in Evanston, Illinois with her husband.
Back to Top 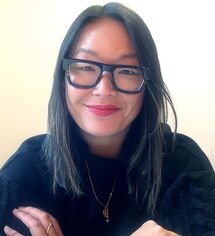 Seng Rimpakone, her widowed mother, older brother and sister escaped war torn Laos and spent three years in a refugee camp before landing in the rural town of Portland, Indiana in May of 1980.

Ever grateful for the kindness and support that the Rimpakone family received during their assimilation process, Seng felt compelled to pay it forward. Seng has volunteered with RefugeeOne since September of 2018 and joined the board in August of 2019. In addition to her duties as a Board member, she is involved in the adult mentor/tutor and housing program.

She currently serves as a consulting Executive Producer for major advertising agencies in Chicago. She has also co-directed and co-produced a short documentary “Just One Story” that has been accepted to the Philadelphia Asian American Film Festival and Heartland Film Festival. She hopes to tell more positive stories about refugees and those who helped along the way.

She enjoys spending time with her family and two mutts. She loves traveling, cooking, and weekend rides on her Vespa with her “Vesparados” friends.
Back to Top 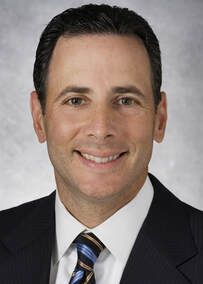 Brad is a Partner and the Global Co-Head of the Private Equity Group at ReedSmith law firm, where he has worked for more than 30 years. ReedSmith is well known internationally for its pro bono work representing asylum-seekers, refugees and victims of torture.

Brad’s work with refugees began while interning for a Member of Parliament in London during college. He worked closely with two Russian Pentecostal families fleeing religious persecution. They were eventually offered asylum in the United States.

Brad holds an MS in Accounting from the University of Illinois at Urbana-Champaign, as well as a J.D. from Northwestern University Pritzker School of Law. He is the lead pro bono lawyer for One Goal, a member of the Board of Directors of the National Kidney Foundation of Illinois’ Middle Market Open, and a trustee of Ravinia Festival.
Back to Top 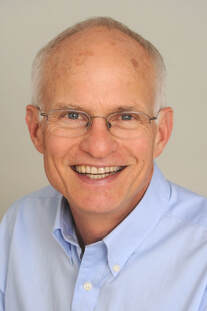 ​Steve Varick retired as a partner from Holland & Knight, LLP and McBride Baker & Coles, where he practiced commercial litigation, combined with an active pro bono practice, for 38 years.  In his retirement, he continues to represent asylum seekers in Immigration Court, the Board of Immigration Appeals and the Courts of Appeals.

Steve earned a Bachelor of Arts from Knox College, and a Juris Doctor from the University of Chicago.

Steve’s path to RefugeeOne was the confluence of several sources.  Steve’s wife, Susan, has volunteered with RefugeeOne for over a decade as a mentor to refugees from Iraq, Myanmar and Syria.  Steve’s asylum practice helped him recognize the challenges facing refugees and those hoping to become refugees.  And, as a member of Congregation Hakafa, Steve has seen how a faith community can come together to help refugees meet some of those challenges.   And all of those experiences taught Steve the invaluable role played by RefugeeOne.

Steve and Susan live in Glencoe.  They have three grown children and one grandchild.
Back to Top